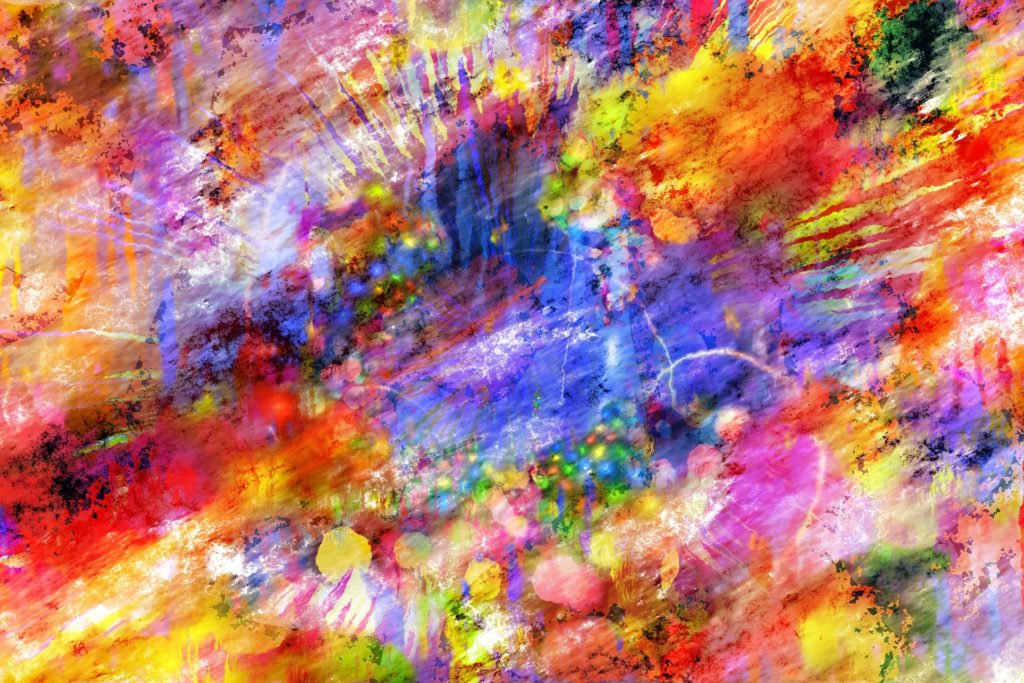 This paper was written by me and Antonio, by working in the following manner: first we explored together what we each knew about the masculine principle and the feminine principle; then we wrote down only those things that we both agreed on; finally, we watched a film about fecundation and from this we gathered possible behavioral “analogies” that we could offer to both partners within a couple. I, then, used my knowledge of the book the “I Ching” and found some essential ideas regarding this theme, and again working as a couple we gave a final form to the text.

The concept of man and the concept of woman, in our opinion, indicate two specific realities: a male being and a female being that have reached biological adulthood and an existential maturity that is typical of adults, that is completely different from childhood and childhood immaturity. When we say “man” and “woman”, in quotation marks, we are talking about two individuals who are capable of possessing their own lives freely and autonomously, and are capable of being completely responsible for them, both for themselves and in their relationship with others.

When we talk about the masculine principle and the feminine principle, we are referring instead to two different realities that are present both within the man and the woman within a couple relationship. These two realities are like two active motors and they can act at the same time, within both the man and the woman, either in harmony or in disagreement or in absolute contrast to each other, with one developed and free to continue developing and acting, and with the other that is repressed and incapable of acting and developing.

As everyone knows, in a car there is a motor, and no one says “the car is the same as the motor”; they are two different things, with different parts and different roles. The motor has the function of creating movement and the rest of the car has the function of containing and transporting both objects and people. In every human cell there is a component called DNA and there is also the rest of the cell. The DNA is the active motor that tells the cell how to act in all its parts and in all its goals to be reached. Regarding man and woman, the masculine principle and the feminine principle, united together, correspond to the functions that DNA carries out within every cell. The masculine part and the feminine part correspond to all the components of the cell besides the DNA. 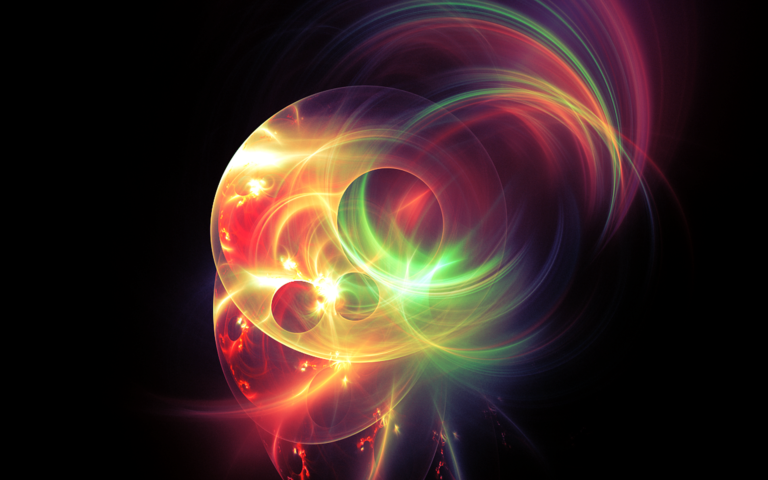 Now that we have made these clarifications, that are necessary although a bit boring, we are going to describe the attributes of the masculine principle and the feminine principle. We do not expect to indicate all of them, here we describe what we have been able to come up with based on our own experience.

Attributes and qualities of the masculine principle:

Attributes and qualities of the feminine principle:

Just as the ovum captures the sperm, the feminine principle is capable of capturing the masculine principle, of incarnating it in reality and of nurturing it so it can offer vital fruits. From what we have seen above, continuing to think that man is active and woman is passive is a frequent error that makes no sense and that we should give up, because – we repeat – one is active when penetrating (with everything that correlates to this) and the other is active in receptive welcoming and in increasing and developing what has been embraced.

We said earlier that both the masculine principle and the feminine principle are potentially present within both men and women, and we know that they are complementary to each other. This idea of being complimentary and of the synthesis of opposites can be found in a very antique book of wisdom, which is the “I Ching”, or “The Book of Changes”. Its contents rest on two theories: the theory of the five elements, and the theory of Yin and Yang. These theories propose an interpretation of the structure and the origins of the Universe. At first Yang was given the meaning of the Sun, of Light; to the contrary, Yin meant the absence of the light of the sun, it was the Shadow, and Darkness. Later on, Yin and Yang became considered two cosmic principles: Yang was the masculine principle of creativity, of heat, of light, of aridity and hardness; Yin was the feminine principle of receptivity, of cold, of darkness, of softness and of humidity. The Chinese cosmological principle has always been based on the concept that all the phenomena in the Universe arise from the reciprocal action of Yin and Yang.

Yin and Yang: both are strength and substance together, they are indicated as masculine and feminine in the sense that they complete each other.

This being complimentary is well illustrated in the book’s first two hexagrams:

1 – The Creative Principle, whose essence is Strength;

2 – The Receptive Principle, whose essence is Devotion.

The Strength of the Creator and the Mildness of the Receptive unite. Mildness in ways of acting, combined with the Strength of a decision. The quality of the second hexagram, “The Receptive”, is Devotion; it is the exact opposite of the “Creative”. It is opposite, not contrary; it is complementary, not at war. It is Nature in front of the Spirit, the Earth before the Sky, Space before Time, the Feminine – maternal before the Masculine-paternal. Between these two signs there is no dualism, because there is a relationship between them. They are both equally important, but the quality of devotion of the sign “The Receptive” characterizes the position of this primary force before the “Creative”. It must remain under the guidance of the Creative and be stimulated by it; if it does, its action is healthy. It becomes negative only if it moves away from this position and tries to stand beside it as its equal. If it does so, then a conflict arises, a battle against the Creative ensues that is damaging to both parts. Gentleness and devotion must not exclude strength, because they are necessary to “The Receptive” to be considered the “Creative’s” helper.

We have observed, however, that in recent times in the West this educational principle is being ever more put aside, and women are given more freedom to develop their masculine principle, and men are freer to develop their feminine principle. Because of this historical turn around, within the couple it has become extremely difficult to harmonize men and women, because each of the partners are faced with the great difficulty of harmonizing the masculine and feminine principles within themselves. 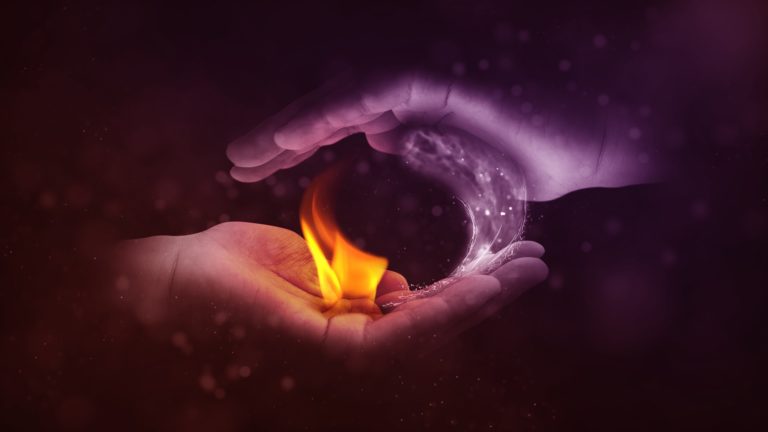 To change this situation, we believe that it is necessary for both men and women to become aware of the “drive to dominate” that possesses them both. This drive for domination sneaks into every level of daily life, and, in our opinion, is the greatest cause behind the current crisis in the couple relationship. We would like to identify this “drive for domination” as a fixation on the part of both the man and the woman at the infantile state, which is a refusal to grow up and become adults. It is well known that every newborn fights to impose its will on the mother, and vice-versa. Since the time of Adam and Eve the will to dominate has been the major temptation that has corrupted men and women, along with the quality of their relationship to each other.

We have some reason to believe that this biblical story tells us of the situation between men and women that began about 6,000 years ago, and that continues today. The solution that has so far been adopted for this historical temptation is the oppression of either men over women or vice-versa, a solution based on the law of the jungle: whoever is stronger wins, even though the winner will have to deal with the revenge of the loser (a classic example: the story of Jocasta and Oedipus). We don’t yet see that a different solution is completely visible. Those of us that are engaged in Sophia-Analysis could commit ourselves to searching for and bringing about a new solution. We believe that there is only one way to get out of this mortal trap, and that is to constantly practice every day our ability to recognize where this will to dominate sneaks in, as well as the refusal to grow up and become adults. We must decide to kill this will to dominate and our refusal to grow up, and we must become willing to transmute ourselves instead of first killing our partners and then ourselves.

The ideal of “life as a work of art” and the type of practice it proposes, to learn how to become artists of our lives instead of remaining beings who are determined by the need to act out the will to dominate, can be forces that are great enough to help us decide to radically change. This change could come about more easily if women, as the greater expression of the feminine principle within a couple, decide to develop as much as possible their receptive ability towards the masculine principle that is represented by men, so they can allow themselves to be penetrated and fecundated by the man just as the earth is receptive to seeds, and offers them the conditions necessary for their development. 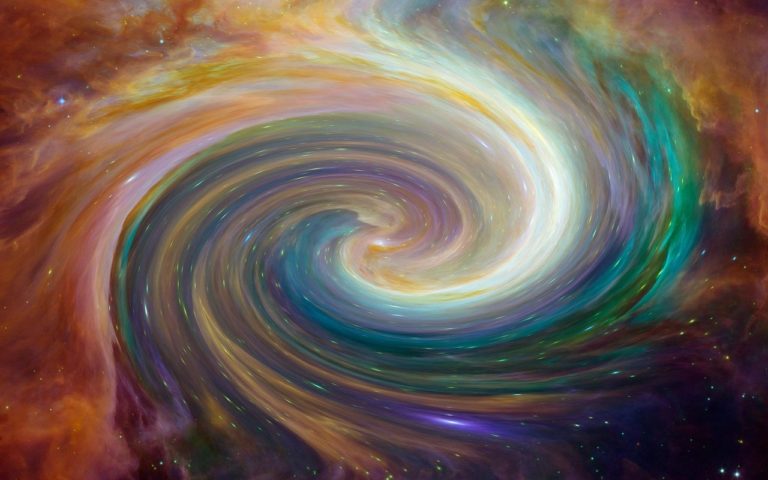 Having reached this point in our work, some friends of ours lent us a video that contains an exceptionally interesting film of the encounter between sperm and ovum. Fascinated by what we saw, we thought that we could use it to find some analogies with the theme we are working on. We would like to emphasize some points that were particularly significant to us, and propose some analogies that can be useful to couples, taking sperm as representatives of the masculine principle and the ovum, along with the entire female reproductive system, as a representative of the feminine principle.